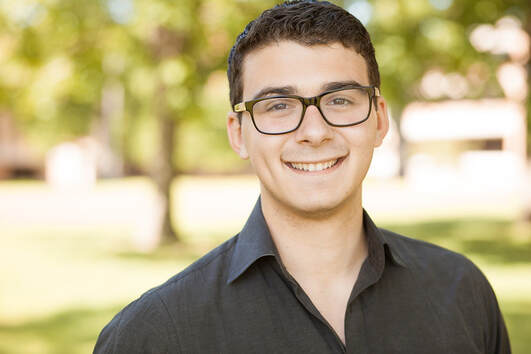 Novak has received commissions from the American Composers Orchestra, ASCAP and Society of Composers, Inc, Boston New Music Initiative, and Texas New Music Ensemble, among others. His music has been selected for numerous awards, most recently from Tribeca New Music, Webster University, Texas Young Composer Competition, and YoungArts Foundation. He was the recipient of the American Composers Orchestra’s 2020 Underwood Commission for a new orchestral work that the ACO will premiere in Carnegie Hall, after being named as one of the six emerging composers selected to participate in the Underwood New Music Readings. In 2018, Novak participated in the Thai Experimental Laboratory for Young Composers in Burapha, Thailand, where he collaborated with Thai musicians in a workshop setting and composed a new piece for Thai traditional instruments. In 2016, he was selected as one of two composers to participate in the first-ever National Youth Orchestra of the United States Composer Apprenticeship Program, where he had a new orchestral work performed by NYO-USA and studied with Sean Shepherd. Novak has participated in residencies and festivals across the country, including at Bowdoin Music Festival, New Music on the Point, Fresh Inc Festival, and MATA Jr. Festival. This summer, he will spend a month as an artist-in-residence at the I-Park Foundation in Connecticut.

Collaboration is at the center of Novak’s creative practice, and in recent years his projects have frequently included interdisciplinary elements. In 2018, he organized Synesthesia, a project that paired 5 composers from the Shepherd School of Music with writers and poets from R2 (the Rice Literary Review) and culminated in a performance of 5 new collaborative works. He has worked on interdisciplinary projects with Rice Dance Theatre, spoken word poet Ming Li Wu, poet Erica Cheung, and the Bowdoin Museum.

Novak’s projects in Spring 2020 included glimmersongs, commissioned by SCI and ASCAP for the Texas New Music Ensemble; not of longing, commissioned by soprano/contrabass duo LIGAMENT; to grow in lightness, a work for mixed chamber ensemble for the graduate recitals of violist Sebastian Stefanovic and harpist Cindy Qin; and eventides, commissioned by the New Music on the Point Commissioning Fund for pianist Eve Werger. Upcoming projects in 20/21 include chamber commissions from the Boston New Music Initiative and KINETIC Ensemble; an orchestral commission from the American Composers Orchestra; new works for Quince Ensemble and for Ekmeles with Sandbox Percussion; and dialogues in color, a new work for string orchestra and percussion for Rice’s Hear&Now Ensemble inspired by the artwork of Ellsworth Kelly.

Originally from Reno, NV, Novak completed his undergraduate studies at Rice University’s Shepherd School of Music, where he has studied with Kurt Stallman, Pierre Jalbert, Anthony Brandt, and Karim Al-Zand. In Fall 2020, he will begin his PhD at the University of Chicago studying with Augusta Read Thomas and Sam Pluta.